Where Are They Now? 2009 #StevieAwards Winner Niamh Barker of The Travelwrap Co.

Today's profile is of 2009 Stevie winner Niamh Barker of The Travelwrap Company.

When The Travelwrap Company was recognized by the Stevie Awards for Women in Business in 2009 as Best New Company, it was a small online business selling about four different Scottish cashmere wraps to a mostly United Kingdom-based audience. 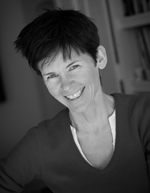 They were selling these distinctive cashmere wraps via a company website.  Niamh Barker, its founder and managing director, managed the business from a spare room in her home, working around her busy family life (she has two children and four stepchildren). Juggling work and family life was highly challenging but Barker still managed to succeed.  In addition to the Stevie she also won the Luxury Gift of the Year Award in the UK for her cashmere travel wraps just prior to earning her Stevie.

Since earning the Stevie, The Travelwrap Company has grown significantly.  Still focused on selling primarily travelwraps along with a few small accessories, The Travelwrap Company now offers about 25 colors and designs and also a travelwrap for babies and children, called My Little Travelwrap.  They continue to sell their products online under their brand and have also introduced websites in several languages to sell in three different currencies to international target markets, offering quick free delivery worldwide.  Since earning the Stevie, the company has expanded and its products can now be found at many retailers worldwide.  The Travelwrap Company has also garnered various corporate gift partners. The export business has become the highest growth area for the business.

As a new business, participating in and winning the Stevie Award gave Barker a new and enormous sense of confidence in her little luxury British brand and her vision and growth plan for the future.  Barker was honored that an international organization like the Stevie Awards and its expert and impressive judging panel believed in and understood just what she was trying to achieve.  According to Barker, it was and still is an amazing journey.

“Winning the Stevie award was an enormous achievement for me and my business and continues to prove beneficial to our operations every day," she said.  "I still think and talk about the night I accepted my Stevie, when I had to give a speech to a ballroom full of some of the most high-achieving women at a hotel in New York City.   I had no idea of the impact that winning this award would have on our business until checked my e-mail from my hotel room the next morning and online orders had flooded in from across the USA.  At the time,  our small business could hardly cope with it all…a good problem to have! I think the Stevie has also given us a natural affinity with our American audience, and we now have a growing and loyal customer base in America via online and retail outlets.  The Stevie Awards have definitely helped elevate our U.S. presence.”