“Complacency” is not a word in Renee Tocco’s vocabulary.

Whether it is using her skills to encourage people to live healthier or supporting any number of philanthropic causes ‒ from helping low-income children to protecting rainforests ‒  the energetic Aussie is keen to make a difference wherever she can.

It is no surprise when it comes to her main career as a business executive, Tocco does not settle for the status quo. A former sales and business accounts manager for Telstra, Australia’s largest telecom company, she started her own commercial finance brokerage, Loanezi, in 2014. In the process, she is bringing a fresh approach to an industry that is not necessarily known for innovation.

In three years, her company has become one of the fastest-growing players in the country’s asset finance industry. “Loanezi is my greatest achievement so far,” the entrepreneur says, proud of the success her venture has earned. 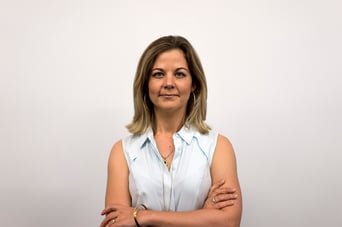 For as long as she can remember, dreaming big has been one of her character traits. “I always believed that I will one day build up an empire or disrupt an industry with a revolutionary invention,” concedes Tocco, who lives on The Gold Coast, a metropolitan area on Australia’s eastern shore.

Loanezi is the marriage of that enterprising spirit with the industry knowledge she acquired at Telstra. It was there Tocco realized the impact information and communication technology could have on businesses ‒ particularly smaller ones. For clients, new equipment was often the difference between growing or falling behind the competition.

Tocco vividly remembers her first client, a woman who was starting her own real estate practice. “Without a new phone system and printer, this new little real estate business literally would not have been able to successfully function,” Tocco told her hometown newspaper, The Gold Coast Bulletin.

Three years later, the company’s trajectory has been nothing short of remarkable. In early 2016, Loanezi was already generating enough revenue to pay back all borrowed capital, becoming 100% self-funded. During the 2016-2017 financial year, Loanezi generated 450 commercial loans, outpacing its own ambitious sales goals.

What makes Loanezi different from the competition? Tocco says it is, in part, the novel use of technology, something that is transforming what had long been a “staid” finance broking sector.

The company also offers a large panel of vendors, enabling it to serve customers with a wide range of needs, including new businesses that sometimes have trouble getting financial support.

Despite the success the firm is enjoying, Tocco makes it clear the company is not pulling off the accelerator pedal. “My goal is to become the largest commercial asset finance broker in Australia within the next three years, a humongous goal that I am focused on achieving.”

In August, Tocco and her team found out they won the Silver Stevie® Award in the “Startup of the Year – Business Services Industries” category of The 14th Annual International Business Awards.

“These awards have a great impact when building a brand and trying to stand out from the crowd,” says Tocco. “The day we added the Silver Stevie seal to the website was such a fun moment, as we appreciate the impact this has in building my profile and that of Loanezi.”

For Tocco, one of the biggest benefits to the company’s success is the opportunity to give back. The business has partnered with the business giving initiative known as Buy1Give1 (B1G1), providing donations for every corporate loan it settles.

Among the results of its B1G1 gifts so far: 175 days of shelter and 225 days of education for children in need, as well as the protection of 45 square meters of rainforest and 2,000 meals for orphaned children.

“My desire is to change as many lives as possible, directly or indirectly,” she says. “The bigger Loanezi grows, the more impact we can have.”

Tocco is also using her experiences to help other female entrepreneurs achieve a similar level of success. “Through my blogs in the finance industry, I am already mentoring several females and believe that will foster into perpetuity the gift of shared knowledge.”

In that same spirit, she is hoping to offer traineeships to help students achieve their business goals and tackle important challenges around the world.

“I believe young people, offered the novelty of mentorship, will thrive in whatever industry they choose as their end goal,” says Tocco. “I hope my company will be the launching pad of future leaders with a global conscious mindset.”