The Stevie Awards are delighted to announce the names of the five distinguished women who will chair the final judging committees of the 2014 (11th annual) Stevie Awards for Women in Business competition.

The Stevie Awards for Women in Business are the world's top business awards program for female entrepreneurs, executives, employees, and the organizations they run.

Finalists in this year's Stevie Awards for Women in Business were announced last week.  Gold, Silver and Bronze Stevie placements from among the Finalists will be determined in final judging, to begin next week.  Results will be announced at the 11th annual awards dinner in New York on November 14.  Tickets are now on sale. 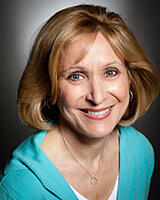 Prior to joining WPO, Susan had her own business, developing strategically creative marketing campaigns to give brands, services, and nonprofits a distinctive voice, personality, and presence.  A seasoned public relations agency professional, Susan has a strong background managing strategic business-to-business and business-to-consumer communications that build brand reputation and value, and support business objectives. Having had the privilege of launching and sustaining many well-known brands, she’s also helped startups come to market and built thought leadership platforms for nonprofit organizations.

Her work at Fleishman Hillard and Rowland Worldwide has been recognized with the industry’s highest honors, including a Silver Anvil from The Public Relations Society of America. Named a fellow of Columbia University’s Age Boom Academy, she honed her social media skills at the Columbia Graduate School of Journalism. 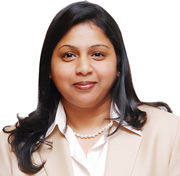 Redickaa Subramanian is a global advertising, marketing, and technology expert and the co-founder and CEO of Interakt Digital Communications Group, a digital marketing and communications firm headquartered in Singapore. Through her strategic insight and hands-on leadership, she has guided Interakt’s growth to approximately 200 associates with operations on four continents.

As Interakt’s chief strategist, she specializes in helping global companies deliver their brand promise inside/out by aligning all audiences and messaging, internally and externally. She has worked with some of the world’s most respected brands, including Citibank, Ecolab, Lenovo, Nalco, Sony, Hewlett-Packard, Acer, HSBC, Motorola, Levi’s® and Estee Lauder Companies.

Redicka earned her MBA at the State University of New York at Buffalo and was named “Outstanding Entrepreneur of the Year 2007” by DBS-SICCI. 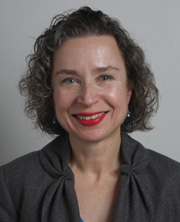 Stephanie Azzarone is founder and president of Child’s Play Communications, the first agency to specialize exclusively in marketing to moms. Child’s Play celebrated its 25th anniversary last year (2013). Stephanie is creator of the award-winning Team Mom™ blogger network, the voice behind the blog Mom Market Trends, and winner of Bulldog Reporter’s Social Media Innovator of the Year Award. She also received an Honorable Mention in this year’s Enterprising Women of the Year Awards.

Stephanie has been quoted on the subject of marketing to moms in media ranging from PRWeek through The Wall Street Journal and writes a monthly post for the industry publication Engage:Moms. Disney, Warner Bros. Consumer Products, Heinz, Hewlett Packard, TIME Inc., and the Wildlife Conservation Society are among her recent clients.

Katrin is the CEO of Rippler Communications, an award-winning strategic and creative agency committed to delivering quality marketing and communications solutions in multiple channels and across platforms. Having spent a decade as account director and senior consultant at one of Sweden´s largest PR-firms, she founded Rippler eight years ago together with a female former colleague. Together they set out to create a business squarely dedicated to delivering quality with pride, a matter of “ your business is our business.”

From the first year of operations, Katrin and Rippler have earned numerous awards in SPINN—the Swedish equivalent of the IPRA Golden Awards—for both business-to-business and business-to-consumer clients. Last year, though, was the first year Rippler entered any international competitions and as a result Katrin won the Gold Stevie® Award for Communications or PR Campaign of the Year – Public Affairs and Public Service with “For a more humane city” – displaying homelessness through a nationally covered photo campaign. The campaign “For a humane city” was also selected as one of the winners in IPRA last year.

On a more personal level, Katrin is dedicated to work against ethnic and racial intolerance, being one of the co-founders of Oss alla, a national network with about 20,000 followers, writing and co-signing opinion pieces, commissioning and promoting research to combat myths about refugees and immigration. She recently launched a campaign,“the mirror of prejudice,” targeted at high school students and aiming to promote classroom discussions on tolerance issues. Katrin and her Rippler co-founder have also started an informal network for women, meeting twice a year to help promote other women in business.

Katrin has a Bachelor of Arts in both journalism and international relations from the University of Minnesota.

As Senior Director of Marketing for ArcSoft consumer imaging applications and a photography black belt, Caroline Tien-Spalding is always looking to turn pixels into magic pixie dust. Caroline has built an impressive track record of success in the mobile app and consumer markets, and was the driving force behind bringing ArcSoft’s Perfect365, a digital makeover app, to the forefront of over 45 million users.

Prior to ArcSoft, Caroline was instrumental in successfully launching the renowned photo app Camera Awesome with SmugMug, and spreading the word on wireless memory cards at Eye-Fi.

Caroline has been a speaker at CES, Macworld, SXSW, and Mobile Mondays in Silicon Valley. She is a University of California, Berkeley alumna (go bears!) and has a Masters in Linguistics. She speaks on a wide range of topics related to imaging technology, including face recognition, Internet of Things, and connected home. Past engagements include Macworld, CES, CTIA, SXSW and Mobile Mondays.