The Stevie® Awards have issued the call for entries for the 2022 (9th annual) Asia-Pacific Stevie Awards, the only business awards program to recognize innovation in business throughout the entire Asia-Pacific region. 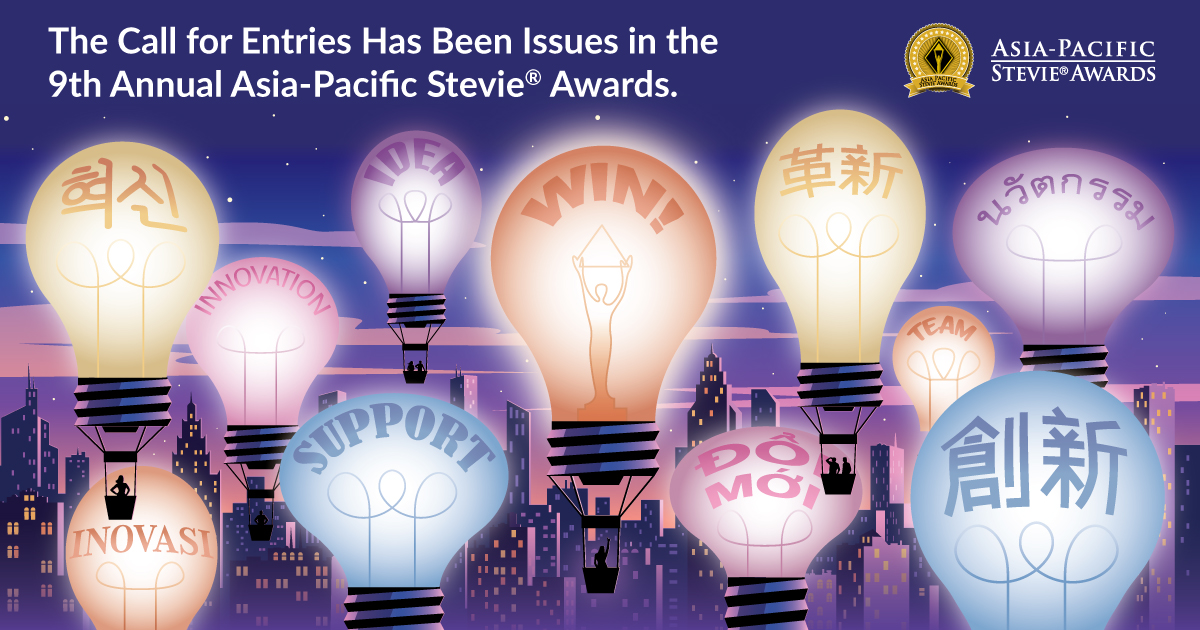 The early-bird entry deadline, with discounted entry fees, is November 23, 2021. The entry deadline is January 19, 2022, but late entries will be accepted through March 2 with the payment of a late fee. Complete entry details are available at http://Asia.StevieAwards.com.

A new category group for 2022 will recognize Social Media innovations, in content creation and moderation, management, and marketing since July 1 2019.

Asia-Pacific Stevie Award winners will be announced on April 17. Winners will be celebrated and presented their awards during an awards banquet on May 27. In the event that we are unable to stage the banquet because of COVID-19, we will stage a virtual awards ceremony instead.

* Sponsors and partners of the 2022 Asia-Pacific Stevie Awards include adobo magazine and PR Newswire Asia.