Does the Rise of Artificial Intelligence Spell Doom for Young Workers?

When it comes to the job landscape of the future, much speculation exists about how emerging technologies will affect those just entering the job market. When people ask the specific question of whether artificial intelligence (AI) is going to be a jobs killer, though, it’s important for young people to realize the answer isn’t a simple yes or no. The latest statistics and studies show it’s less about killing or eliminating jobs and more about evolving them. 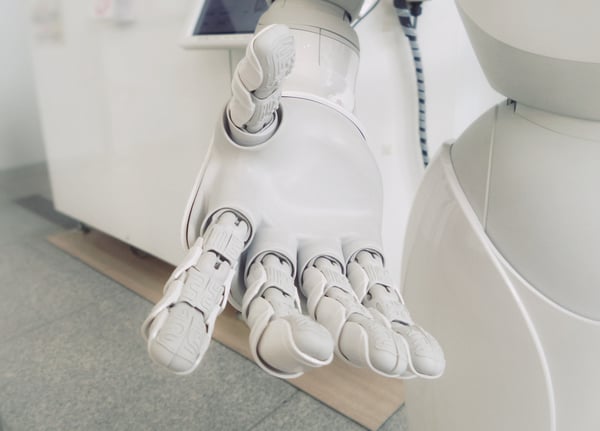 How AI Could Affect the Future Job Market

When Carl Benedikt Frey and Michael Osborne, two Oxford academics, came out with a prediction in 2013 that a staggering 47 percent of US jobs were at risk of automation by the middle of the 2030s, this issue of AI as a jobs killer became a hot topic of discussion. Studies, surveys, and op-eds began pouring in on the topic, and the subsequent findings were significant.

For example, McKinsey Global Institute found that anywhere between 40 million and 160 million women across the globe would potentially need to change jobs by 2030. Why? The clerical work done by secretaries, bookkeepers, and schedulers—jobs which are done by women 72 percent of the time—are especially susceptible to automation.

The salient part of the study, however, was not that these women would need to change jobs; it was that they would likely be transitioning into higher-skilled roles. In this way, AI wasn’t depriving them of jobs. Instead, it was pushing them into more advanced roles—positions that require the expertise, understanding, and skills only humans possess.

Similarly, the World Economic Forum estimates that automation is on pace to displace 75 million jobs by 2022, but it’s also set to create 133 million new ones by that date. In another study, Gartner predicts 2 million AI-related net new jobs by 2025.

With such a complicated issue, however, many potential factors come into play, and just as many studies predict an overall net loss in jobs. Forrester, for one, estimates a 29 percent loss of jobs by 2030 and only a 13 percent job increase to compensate.

While there isn’t general agreement about the potential number of jobs displaced and then created by AI, one thing does seem to be clear: AI will push people away from largely automated jobs into more advanced positions, and this transition will require the new job force to be increasingly agile and able to learn core skills and adapt to new working models.

The Company-Level Response to These Changes

Just as young people entering the job market should be cognizant of the changes technology will likely have on the professional landscape, companies should understand this dynamic as well. To stay relevant, businesses within the technology industry not only need to embrace AI and its potential but invest in training their workforces (established and incoming) to adapt to these new technologies.

“IT is a highly innovative and changing industry, and because of this, we’re reinventing education for the era of AI,” says Andrea Knoche, a first-line analytics leader for a subgroup of International Business Machines (IBM) that’s based in Ehningen, Germany. “We’re making it a priority to prepare young people around the world for the jobs of tomorrow.”

As IBM illustrates, success in a changing technology-based landscape is about balancing the adoption of new technology. A company can’t ignore or dismiss new innovations, but it also must prepare its workers to properly harness the power of those tools.

“Our subgroup of IBM is most interested in moving to a cloud-based environment and utilizing big data technologies and analytics strategies,” says Knoche, “but we understand our workers must be trained and prepared to implement those tools into their jobs. When trained properly, employees can make the available technology work for them to increase their efficiency and effectiveness.”