Nominations for the 2020 (14th annual) Stevie Awards for Sales & Customer Service, considered the world’s top honors for customer service, business development, and sales professionals, will be accepted through January 9 at StevieAwards.com/Sales. Late fees will apply for nominations, but no entry fees or late fees will apply for nominations to a new category to recognize ethical sales practices, sponsored by Sales Partnerships. 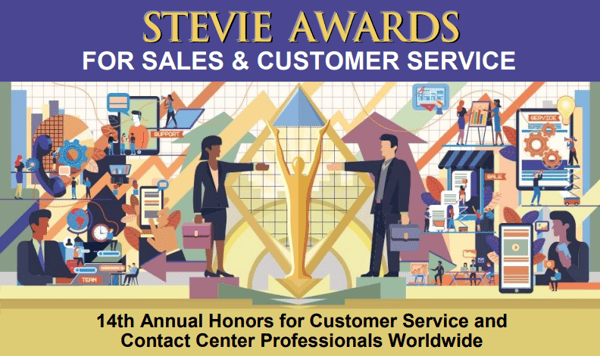 The Sales Partnerships Award for Ethics in Sales will recognize outstanding examples of ethical sales practices since July 1, 2018. As in all other categories in the competition, nominees may submit a written essay or case study of up to 650 words describing their ethical sales practices and achievements or a video of up to five minutes in length, illustrating the same.

Sales Partnerships, Inc., which provides turnkey, outsourced selling solutions, is a sponsor of the Stevie Awards for Sales & Customer Service program for the fourth consecutive year. Founder and CEO Fred Kessler says, “The Stevie Awards for Sales & Customer Service has grown to be the premier honor for sales professionals worldwide, and it’s proven to be an outstanding platform on which Sales Partnerships can interact with sales leaders in a wide variety of industries. When we were approached about sponsoring an award for ethics in sales, we immediately accepted. The Sales Partnerships’ Award for Ethics in Sales recognizes companies who, like us, understand that being the best performing sales force also means having an uncompromising focus on selling ethically.”

Interested in entering the 2020 Stevie Award for Sales & Customer Service?

Maggie Gallagher, president of the Stevie Awards, is looking forward to having the longtime Stevie Awards sponsor present this award. “We are thrilled that Sales Partnerships has decided to recognize those not only who succeed in sales at their organization, but who do so in a particularly ethical manner. The judges are eager to read through these Ethics in Sales nominations.”

Finalists in this and all other categories, based on the ratings of more than 150 professionals around the world in the judging process, will be announced on January 16. The Gold, Silver, and Bronze Stevie Award placements from among the finalists will be revealed at a gala event at Caesars Palace in Las Vegas on Friday, February 28.

Complete details on the competition, including how to participate, are available at www.StevieAwards.com/Sales.