The Stevie Awards are delighted to announce the  five distinguished women who will chair the final judging committees of the 2016 (13th annual) Stevie Awards for Women in Business competition.

The Stevie Awards for Women in Business are the world's top honors for female entrepreneurs, executives, employees, and the organizations they run.

Finalists in this year's Stevie Awards for Women in Business were announced on
October 6.  Gold, Silver and Bronze Stevie placements from among the Finalists will be determined in final judging, to begin October 17.  Results will be announced at the 13th annual awards dinner in New York on November 18.  Tickets are on sale now. 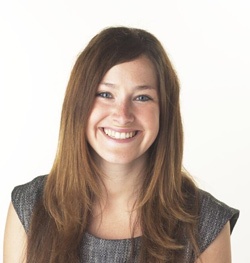 Jo Wimble-Groves is co-owner of the successful Kent-based company Active Digital, an award-winning business mobile communications company, which she operates with her brother, Richard Groves. Jo has spent the last 20 years of her career working on customer experience and team strategy. Her commitment to delivering an exceptional level of service has led to a number of company awards. Active Digital was named as one of the “Top 6 Customer Service Business Leaders in Europe” at the European Contact Centre and Customer Service Awards in 2013. The company also won the Gold Stevie® Award for Front-Line Customer Service Team of the Year - Technology Industries in the 2015 Stevie® Awards for Sales & Customer Service.

Established in 1996, Active Digital clients include Olympic teams and rugby clubs. Its core business is providing mobile phones, tablets, fixed line, and apps to UK organizations of all sizes. 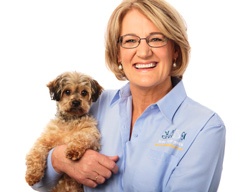 An award-winning business leader, Karen Justice has owned and managed the Just for Pets buying group business based in Byron Bay since January 2009. As CEO, she liaises with over 65 independent pet retailers and most major manufacturers and suppliers to the pet industry on a daily basis. Karen keeps her finger on the pulse in this fast-changing industry.

Karen’s first job was as a vet nurse while she was still a teenager, which she did for four years before completing her Higher School Certificate and moving into the world of human health. She is a registered nurse who moved into private Child and Family Health Clinics when she started her own family. She managed a pharmacy for over eleven years, and then moved into the pet-care industry in 2005. After leaving the health industry completely, Karen owned and managed a pet shop for five years before taking on the challenge of a pet industry buying group.

Karen owns a beautiful Tiboodle (a cross between a Tibetan spaniel and a poodle) named Daisy, and a rescue cat named Sox, and is an avid marine fish enthusiast.

Dr Ambreen Zaman Riaz is a medical doctor, social entrepreneur, renaissance scholar, and polymath. She left her successful career as a cosmetic dermatologist to help disadvantaged women because she firmly believed that educated people needed to get actively involved in the social-service sector. Dr Zaman has worked as a volunteer for non-profits both in Pakistan and Turkey. This has further enhanced her enthusiasm to serve vulnerable and weak women.

Dr Zaman is an active advocate of women's rights and participates in highlighting the rights of Christian, Agha Khani, and non-Muslim minorities in Pakistan. Her commitment to change the lives of underprivileged women has enabled her to achieve the status of "change maker" in international circles. 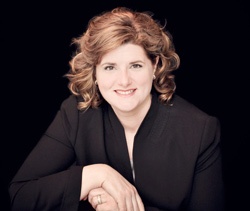 Mary Ann Henker is president of The Henker Group, an integrated marketing communications firm serving clients up to the national level. She founded The Henker Group in 2005 to fully leverage her skills and experience to deliver powerful and proven results for companies and organizations. Prior to The Henker Group, Mary Ann was the executive director of the Giant Screen Theater Association, the worldwide association for the IMAX theater and film industry. In that role, she completed business and contract negotiations with individuals and companies in 22 countries. Her management and business style is that of aggressive marketing, detailed planning, and strict fiscal management.

Mary Ann has been a frequent judge for the marketing and communications categories of The American Business Awards, The International Business Awards and the Stevie® Awards for Women in Business. She has also been invited by A Billion + Change to participate in a forum at the White House. She is a past recipient of The Daily Record of Maryland's “Successful by 40 Award,” and has has been honored as a Business Woman of the Year by the Talbot County Chamber of Commerce. In addition to receiving a Stevie® Award for Women in Business, her company, The Henker Group, won Bronze Stevie® Awards in The  2016 American Business Awards for both Marketing Agency of the Year and Communications Department of the Year.

Currently, Mary Ann sits on the boards of Junior Achievement for Talbot County, Maryland, the Eastern Shore Experiential Learning Center, and The Cause Agency.  She is a graduate of George Mason University in Fairfax, Virginia, with a Bachelor of Science degree in Business, a Minor in Management, and a focus on employment law. She has completed courses towards a Masters in Business Administration (MBA) at Texas Wesleyan University in Fort Worth, Texas.

Fatima has received many awards, including ranking in the PROFIT W100 of Canada’s Top Women Entrepreneurs for eight successive years, a business award from the Federation of Portuguese-Canadian Business Professionals, and the Gold Stevie® for Female Entrepreneur of the Year in Canada in the 2015 Stevie® Awards for Women in Business.

Currently, Fatima and Pink Elephant are leading the way in the Lean IT Revolution–an essential certification that should be part of every IT professional’s toolkit.