Church’s Partners Foundation, Inc. is a 501(c)(3) nonprofit organization which provides assistance and scholarships to the employees and franchisees of Church’s Chicken, Texas Chicken, their families and their communities. 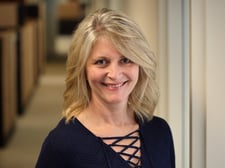 Laura Reese, Church’s Senior Director of Media, Digital and Public Relations, won The Gold Stevie® Award for Most Innovative Woman of the Year in Franchising in the 2017 Stevie Awards for Women in Business. Reese used her specialized expertise from career experience at Nielsen and with private advertising firms to creatively advance the Church’s brand, furthering reach in their communities.

Jennifer Chasteen, Church’s Vice President of Brand Strategy and Activation, won The Stevie Silver Award for Female Executive of the Year for Consumer Products in a business with over 2,500.

When Laura was promoted in 2017, she went through a deep dive of the Church’s brand. She asked herself – who are we? What do we do? What does it mean? And most importantly, why does it matter? Together with her digital agency partners, she examined the archetypes most linked with the brand: Nurturers and Everyman. This lead to a “principles of authentic participation” for the brand’s digital presence, and ultimately resulted in her biggest find – It’s in Church’s DNA to help build communities and people through its food. With the data on her side, she launched a daring new digital campaign, “Church’s Loves Community,” a video/short film campaign which would require the utmost collaborative effort from everyone on her team. Laura brought partners and team members together to strategize a launching plan, designate the platforms to be used, spend, timing, targeting, communication plans, success objectives and measurement.

Fast forward to the present, the Church’s Loves Community series has created four amazingly well-received films – Church’s Loves San Antonio, Church’s Loves Compton, Church’s Loves St. Louis, and the most recent film which debuted in August, Church’s Loves Atlanta. The latest film gained a highly-coveted launch on Nowness.com, a site with five million viewers that serves as the go-to global video channel for screening the best in culture based films. The film boasts a 4.8/5 rating on Nowness, and has gone on to be showcased at the 2017 BronzeLens Film Festival in Atlanta. Millions of views have been garnered, recognition earned on industry trades, and it has reached success on social media channels through short teaser content on Twitter, Instagram and Facebook.

Under Laura’s direction, the Church’s Loves Community series has been connecting consumers everywhere with the essence of the Church’s brand – through their values of progress, unity, hard work and resilience, Church’s continues to bring communities together. Pioneering an innovative new role for a 65-year old brand can be seen as a daunting task, but if the Church’s Loves Community series is any indication of the brand’s future, we can be excited for the changes which are still to come.

“Both women are bringing a level of commitment and dedication to the Church's brand and its values of Stepping Up, Doing the Right Thing, Celebrating Differences, Working Together and Showing We Care,” says Hector Munoz, Executive Vice President and Global Chief Marketing Officer at Church's Chicken.

Church’s Chicken has made a commitment to honoring female professional business leaders who have impacted the international market for this legacy American restaurant.

Topics: stevie awards for women in business, women awards, Women in Business, employee of the year