Carpooling Service Helps Save the Planet

Scoop is the largest carpooling solution in the country by creating more than 9 million trips on the road in major cities across the United States. Scoop partners with the world’s most forward-thinking businesses and organizations to offer an impactful carpool solution to their workforce.

Since launching in 2015, Scoop has become the definitive enterprise carpooling solution for employers. They have partnered with more than 55 innovative companies including LinkedIn, Workday, and T-Mobile to mitigate the impact of the daily commute on their workforces. Scoop operates in more than 2,000 cities across the country, with plans to expand to other major metro areas impacted by congestion caused by single occupant vehicle trips (SOVs).

With over 9 million carpool trips to date, Scoop takes a unique approach with each city to build an extensive enterprise carpooling network that is cohesive with the city’s laws and workforce dynamics.

Scoop does not focus  on individual riders and drivers, which has proven ineffective for making carpooling a viable commuting option. Instead, the company targets large employers, office parks, and government agencies to carpool efficiently and to offer carpooling as a workplace benefit. To match coworkers or neighbors going in the same direction, Scoop uses an algorithm based on prior trip feedback from drivers and riders, prescheduled pick-up times, and city-wide traffic patterns. Riders and drivers split the cost of the commute, and to incentivize carpooling, some employers are partially subsidizing the costs of the ride.

Using Data to Bring Awareness to the Impacts of Commuting

To expand education and awareness on the true environmental, social, and professional impact of commuting, Scoop surveyed over 7,000 workers in 16 metropolitan areas via the 2019 State of the American Commute. The study’s goal was to learn how the commute is decreasing productivity, adding costs, and extending the workday of Americans. The report found that 74% of Americans drive alone to work each day, resulting in more than 50 billion solo trips each year. To combat the negative impact of single-occupancy vehicle trips, Scoop has put more than 9 million carpool trips on the road to date, preventing the release of more than 62 million pounds of carbon dioxide from the atmosphere.

As a safe, reliable, and equitable carpooling solution, Scoop is working with employers across the nation to help organizations prepare their return-to-workplace plans. A return-to-workplace plan is only as safe as your people's commute to the workplace. In this new landscape where 90% of Americans are avoiding public transit and only 1/3 of Americans have reliable access to a personal vehicle, Scoop is helping employers create a safe commute solution for their people. 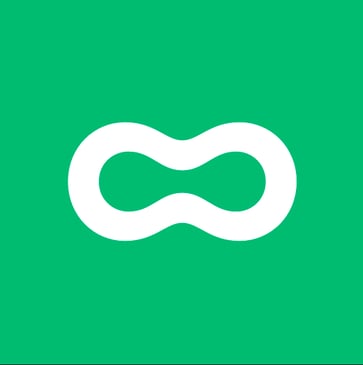 Scoop won the Silver Stevie Award for Company of the Year - Transportation in The 2020 American Business Awards®.