Where Are They Now: 2012 Stevie Awards Winner Vicki Batten

Today's profile is of Vicki Batten, CEO of FSG Australia. 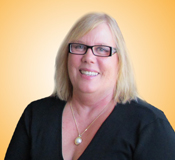 Vicki Batten serves as CEO of a large, highly respected not-for-profit organization in Australia.  Throughout her career, Batten enjoyed some recognition as the recipient of local and state awards.  However, being nominated for a global Stevie Award and subsequently winning the Gold, was a source of great pride for Batten.

Once Batten earned the 2012 Gold Stevie Award for Female Innovator of the Year in the Government or Non-Profit category, things around her changed.  In addition to the voluminous recognition and accolades she earned from colleagues, throughout the community and in business, she was soon presented with many requests to speak at several events.

The Gold Stevie Award, coupled with the increased interest in Batten’s speaking appearances, elevated her role in the community in which the non-profit she heads serves, and also helped spread the word about the prestige of the Stevie Awards on the Gold Coast.

According to Batten: “Any recognition of what you do when you give your all -- whether it be to a job or to a cause -- is a lovely feeling.  In this case, the recognition that meant the most to me was for the service I head.  FSG Australia is now known to people on the other side of the world, and that is an important result of winning the Gold Stevie.  This experience was a most unexpected and humbling one.  The event is a high-profile and sparkling one, and it certainly made me feel very special, even to be nominated, let alone to take away the coveted gold statue.”

Learn more about the Stevie Awards for Women in Business at www.StevieAwards.com/Women.  The entry deadline is August 28.