Serving All Your Video Ad Needs with SpotX

Media owners look for technology they can trust to help them gain complete control over monetized content with video advertising. SpotX is a company in the United States that considers themselves to be a one-stop solution, offering modern ad serving and sophisticated programmatic capabilities with an entire suite of integrations and ad units across all devices. This work has led them to win the Gold Stevie® Award for “Maverick of the Year” in The 2017 American Business Awards

Getting the message across 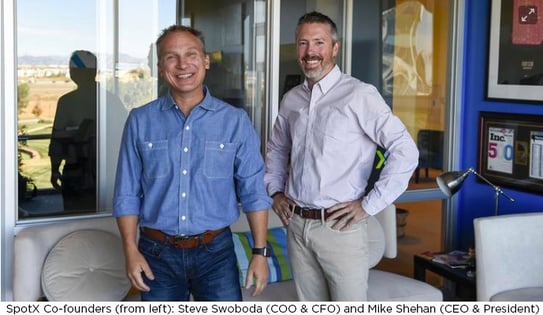 SpotX is a video advertising and monetization platform with 20 offices across the United States, Europe, Latin America, and Asia-Pacific. Their technology powers modern ad serving, programmatic enablement, and other advanced video monetization tools for a variety of different media owners, such as PBS, Spotify, E.W. Scripps, Zynga, and Conde Nast. In October 2017, RTL Group, a leader across broadcast, content and digital, completed its 100% acquisition of SpotX which is currently combining its business with smartclip, a sister company. SpotX was founded in 2007 by Mike Shehan and Steve Swoboda, CEO and CFO respectively, and has nearly 600 employees.

Publishers use SpotX to connect all of their demand sources—ad networks, DSPs (demand-side platforms), trading desks, and exchanges—creating a single place where media owners have complete control and actionable insights to maximize revenue. Mike Shehan is excited about the attention they’ve received.

“This award has helped us elevate our Chief Revenue Officer in-market and highlighted his exceptional leadership across members of our global team.”

Shehan continues on about how the Stevies specifically impacted their Chief Revenue Officer.

“Our Stevies winner, Sean Buckley, was named Chief Revenue Officer at SpotX last year at the age of 29, making him the fourth C-level executive at our company. Sean's tenacity and deep knowledge of the complex ad tech industry have contributed to his rapid rise and we're thrilled to have such a dynamic leader as a member of our team.”

Adapting to the Future

SpotX is deeply involved in the ongoing industry discussion around the rise of OTT video and the rapid adoption of programmatic advertising across desktop, mobile, and connected TV devices. “We've gained an early foothold in the burgeoning Asia-Pacific region, where mobile adoption over the last few years has spurred enormous growth in video advertising,” says Shehan.

As a leader in the over-the-top (OTT) video space, SpotX continues to drive home the importance of understanding how media buyers and sellers think about OTT advertising. In February 2018, the company announced detailed insights about the current state of video advertising on OTT in a report called “TV is Total Video: Predicting OTT and the Future of Video Advertising.” SpotX also announced a strategic integration with JW Player to launch Video Player Bidding, a new way to help reduce video latency and improve monetization for publishers with just one click.

SpotX is also a strong proponent of the server-to-server bidding model for ad inventory, aiming to educate the industry on the many benefits and efficiencies that it provides for media owners. Shehan comments on an organizational change they made that helped solidify their success today.

“We united the departments that serve our two distinct groups of customers under central leadership, spurring collaboration across our global teams.”

The adaptability of leadership in making sure that you’re always innovating and staying ahead of the competition is crucial in the world of video, and SpotX is all about “X marks the spot.”

Marketing Group Promotes the Intersection of Creativity and Strategy

For companies looking to hire a marketing agency, making a decision is usually dependent on accepting certain tradeoffs. You can either get the boutique provider that’s energetic and responsive to your needs, or go with a bigger outfit that has more resources and a recognized brand name.

Strunk Media Group has tried to eschew that binary choice, and it’s proving to be a winning formula. The American firm prides itself on providing the full menu of options that clients need, from website design and digital advertising to print and billboard marketing. But the eight-employee team also conveys a unique, playful attitude that’s in line with its young, tight-knit staff. “We’re different on purpose,” says co-founder and CEO Matthew Strunk. 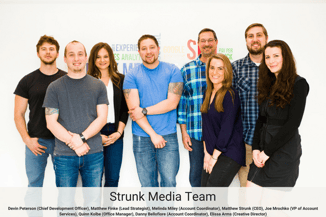 Since its inception in 2015, the agency has already garnered over 40 clients who have bought into its “all of the above” message. Based in Kutztown, Pennsylvania, a town in the United States with just over 5,000 residents, the burgeoning company has found success by recognizing trends and finding creative ways to adapt.

“There is no doubt that the marketing industry will continue to transform with the evolution of the internet, but successful and proactive marketing professionals evolve with it,” says Strunk, who continues to serve as a U.S. Air Force reservist, even as he steers the company through a period of swift growth. 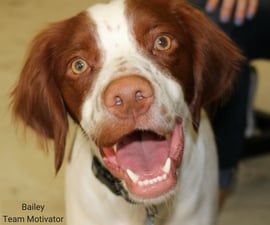 Whereas marketing companies are sometimes seen as places where creativity is valued more than strategy, Strunk and his team are trying to meld the two. Each marketing campaign is created specifically for the needs of a given client and based on extensive research, he says.. For example, customers who hire the group for digital services receive a web audit that addresses weaknesses in their internet presence, something that helps the agency design a targeted action plan.

In 2017, Strunk Media took home not one, but two Stevie Awards at The American Business Awards in New York City. The firm earned the Silver Stevie for “Startup of the Year” in the Business Services category and a Bronze Stevie for “Veteran-Owned Business of the Year.”

“As a new company, winning the Stevie Awards has given Strunk Media Group validation that its marketing methods are working,” Strunk says. “These awards are the first nationally-based recognition Strunk has received, which is a tremendous accomplishment.”

“Recognition from these awards will grow awareness of our brand, helping it meet new potential clients and become a better-known company,” he added.

For all the acclaim the company has received in a short period of time, the company nearly didn’t get off the ground. Strunk recalls having to think twice before leaving a steady job overseeing marketing for a local auto dealership.

“The biggest challenge we faced was gaining the courage to leave safe careers and risk everything for a business that could become amazingly successful or be a tremendous flop,” he says. “It’s easy to talk about your dreams, but implementing action to achieve those dreams takes an immense amount of energy, time and money. But once our plan was in motion, the needed energy to continue pushing forward has not been lacking in the slightest.”

In Strunk’s case, starting a new venture involves an added challenge: having a CEO who could be called into active military duty on short notice. Strunk says he’s tried to develop a team that’s as committed to the organization’s success as he is, something that will certainly pay off should his reserve unit ever be deployed.

“Each member of the company cares about delivering the highest quality work for clients while pursuing innovative ways to obtain new business and help the company grow,” he says.

Building chemistry amongst employees is a key part of that enthusiasm, and it’s something staff members try to do outside the office as well, whether it’s a weekly happy hour or a team lunch.

“These casual bonding moments help the team get to know their co-workers, strengthening the Strunk bond,” he says.

We've added many new marketing awards categories to The American Business Awards for the 9th annual edition, which opened for entries last week.  The first early-bird deadline is November 17.

We used to have just a few marketing categories, including...

Read the rest of this article here