BioIQ is a health care engagement and quality care gap closure company that is redefining the way payers, employers, and consumers navigate and connect with the U.S. health care system. BioIQ leverages consumer analytics, real-time omni-channel engagement strategies, and an extensive ecosystem of health care partners to provide a comprehensive view of individuals throughout their health journey.

In the past year, BioIQ reached a major milestone on their journey to positively impact 100 million patient lives by conducting their one millionth colorectal cancer (CRC) screening - CRC being the second-leading cause of cancer deaths in the U.S. BioIQ reached this milestone, often helping unengaged or disadvantaged populations, by facilitating care using consumer analytics, omni-channel engagement, and a curated network of partner solutions. This combination of capabilities are being leveraged to produce similar results across myriad other major health conditions. This milestone shows the importance of offering convenient access to care, meeting consumers where they live, and communicating via their preferred method. BioIQ also introduced several new retail service offerings, including vision, immunizations, and point-of-care screening through our collaboration with Walmart.

With a new website, BioIQ rebranded and relaunched to better reflect the 18 million+ people the company serves. The new site combines images of positive, active individuals as part of a streamlined and modern appeal that evokes the ease and simplicity BioIQ brings to navigating health care.

BioIQ has added COVID-19 diagnostic and antibody testing to the company's lineup of health screening solutions. They are working with employers and health plans to get vital testing resources to those who are most in need, including health care workers, essential workforces, and vulnerable patient populations. The company is actively working with employers on a thoughtful return-to-work strategy inclusive of on-site provider access for testing as well as legal recommendations.

BioIQ won the Bronze Stevie for Company of the Year: Computer Software - Medium in The 2020 American Business Awards®.

Composable/disaggregated infrastructure, or CDI, is a relatively new topic in the tech world, but you may start hearing about it a lot more in the near future. Several market forecasts and industry trends seem to suggest this new approach to the cloud will soon be readily adopted and employed across businesses, whether they’re small, midmarket, or enterprise. 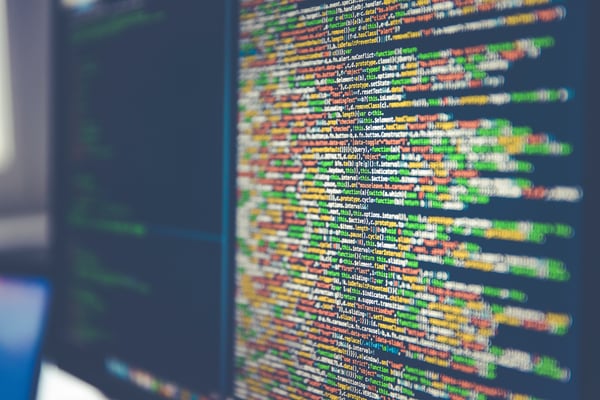 CDI is an emerging technology that essentially shifts the mind-set about physical technological infrastructure. Rather than treating tangible devices (servers, storage, and networking) as items that can only be configured and controlled manually, CDI allows you to abstract these entities and to treat them as services that can be controlled by code. According to the International Data Corporation (IDC), CDI uses “high-bandwidth, low-latency interconnects to aggregate compute, storage, and networking fabric resources into shared resource pools that can be available for on-demand allocation.” The system employs “rack-scale architecture” to penetrate physical barriers in the server, which subsequently allows storage, memory, and computing resources to be allocated in real time as needed.

The Forecasted Future of CDI

IDC, which was founded in 1964, provides market intelligence and advisory services in the information technology, telecommunications, and consumer technology sectors. The corporation is largely considered one of the world’s most established, respected, and premier voices in market forecasting. The company recently released a report entitled “Worldwide Composable/Disaggregated Infrastructure Forecast, 2018–2023,” which details the predicted revenue growth of that industry. The findings are substantial.

The IDC calculated CDI revenue for 2017 at $300.2 million—a relatively modest but not surprising number for a still-nascent technology. That number, however, is projected to jump to just shy of $3.4 billion by 2022. That’s an aggressive 58.2 percent compound annual growth rate (CAGR) over a five-year period.

For their report, the IDC considers the CDI industry to be composed of three major elements: appliances and platforms, software, and associated hardware drag. While all three of these elements are projected to see higher-than-average growth over the coming years, the IDC predicts the pace will vary from segment to segment. Disaggregated hardware is projected to reach a six-year CAGR of 58.5 percent and earnings of $4.4 billion, and composable software is predicted to see a six-year CAGR of 53.8 percent and $325.6 million in revenue.

Given all that, the CDI market segment is still only projected to comprise about 4.1 percent of the entire server market in 2023. For investment-minded individuals, this could mean massive potential. By investing heavily in these CDI technologies now, it offers the possibility of gathering a significant market share in years to come.

How Smaller Companies Are Changing the CDI Game

Major information technology players, such as Hewlett Packard Enterprise and Dell, have largely dominated the headlines surrounding CDI, but the IDC report suggests this could change over the coming years. This influence of smaller, emerging companies could be the key to the industry’s potentially meteoric success. Rather than relying on a handful of established companies to carry the burden of this technology, new vendors will enter the market, solving infrastructure-related IT challenges and improving the overall viability and adoption of CDI.

Cloudistics, which was founded in 2013 in Reston, Virginia, United States, and recently took home a Bronze Stevie® Award for Front-Line Customer Service Team of the Year, is one such private cloud software solution. They work to streamline IT service delivery and to help organizations run their essential operational functions.

“Our aim is to offer organizations a new tool to accelerate digital transformation, making a private cloud infrastructure easy to implement, to deploy, to operate, and to maintain,” says Sarah Shkargi, the vice president of client relations at Cloudistics. “We’re looking to provide a premium experience paired with predictable performance and powerful operational efficiencies, including a 60 percent reduction in IT service deployment time and 40 percent savings in training and specialist costs.”

Cloudistics—and companies like it—exemplify the positive changes that have been taking place in the CDI sphere.

“Two years ago, if you wanted CDI, you were buying massive installations from a few major hardware vendors,” says Shkargi. “Now, start-ups can deliver smaller-scale, entirely software-defined CDI that isn’t wedded to legacy approaches and is suitable for organizations of all sizes. These examples offer real advantages over a do-it-yourself or hyperconverged infrastructure, and some even offer price points that are more attractive than the public cloud.”

As the infrastructure needs of companies continue to grow more complex and varied, companies are increasingly projected to realize that simply stacking management layers within on-premises infrastructure doesn’t suffice.

“The world is moving irrevocably toward a multi-cloud, multisite, geo-distributed model,” says Shkargi, “And CDI, with the innovations of industry giants and emerging vendors, can deliver the reliability, agility, and versatility companies need.” 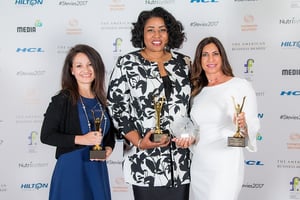 RizePoint - Brand Protection Takes a Leap Into The Future.

When a company needs protection from issues related to safety, quality assurance and loss prevention, streamlined data can make a world of difference.

Rising to The Challenge 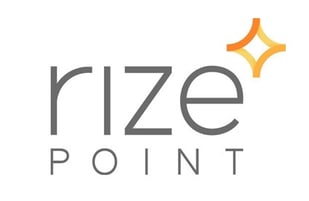 2016 was a whirlwind year for RizePoint. The company rebranded themselves (formerly Steton Technology Group) and brought on a new executive team that launched two major software updates—a first for the company.

They took their motto to heart by hiring the "best and the brightest" and that strategy paid off with awards, increased revenue and low turnover rates.

Their successful transition lead them to winning the 2016 Silver Stevie Employer of the Year Award in the Computer Software category and the Silver Sales and Customer Service Award in the Business Intelligence category for 2017.

“Winning the Stevie validates our efforts to create industry-leading business intelligence solutions. It helps us talk about our software to potential clients, partners, and investors.”

The compliance software industry is a growing space. RizePoint has nearly 20 years of experience in this industry but there are now more than 5 dozen startups doing some form of compliance software. Rizepoint attributes a lot of their success to Jesse Dowdle’s award-winning leadership style for paving the way for success at Rizepoint. They also thank continued partnerships with their clients in the foodservice and hospitality industry.

While RizePoint works with the world’s most recognized brands to deliver audit tools and reports, they make it their mission to give clients their full attention and address any concerns in their day-to-day operations. RizePoint believes their unique culture can be best understood by watching their introductory video exemplifying their dedication to making clients feel RizePoint is their “home away from home.”