The last few years have seen a spread of digitalization and a subsequent disruption of nearly every corner of the economy. However, vintage clothes and consumer products have been on the rise. As Western economies and professional mind-sets became increasingly future oriented, popular culture and trends simultaneously became more concerned with the styles of bygone eras. Furthermore, some consumer products that embodied this age of rapidly accelerating digitalization—arguably, Apple devices—were seemingly inspired by the simple elegance of consumer products from past eras.

In a time of rapid progress, simplicity is at the heart of this attraction to all things vintage. Professional lives are growing ever more demanding; industries are becoming more complex and are changing at an increasing pace; and the same is true of the skill sets required of workers, as well as the tools available to them. Even as the tech-driven post-crisis recovery saw unemployment eventually decline dramatically across the West, fears about job security were exacerbated, not alleviated. 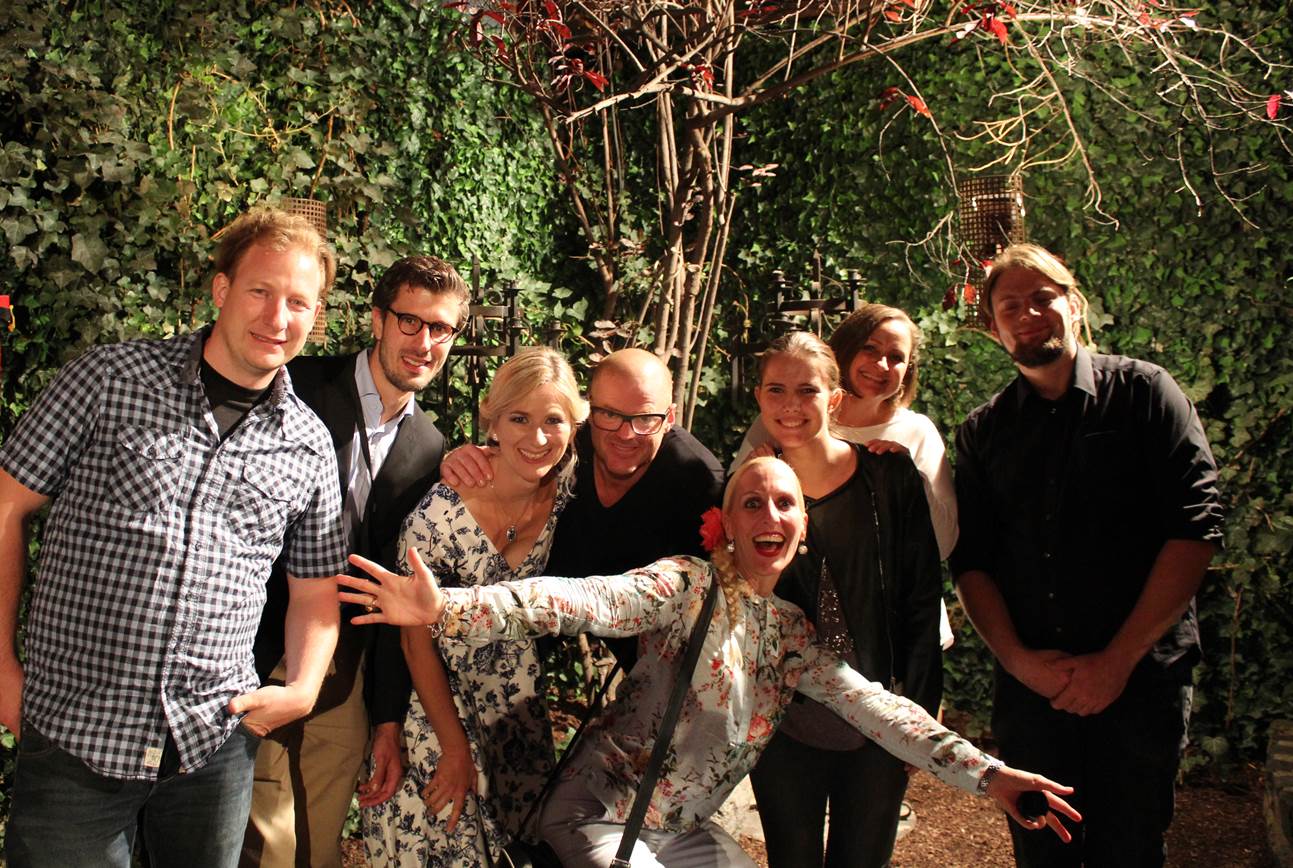 While politicians grabbed the headlines, this nostalgia for simpler days was expressed in a primarily aesthetic manner. Individual items of retro clothing, including fedoras, were imbued in their day with controversial political meaning. Today, however, most consumers simply associate those bygone eras with personal style and culture, and they prefer to think of items from the past as culturally (rather than politically or socioeconomically) historical. Widespread interest in the social upheavals of the 1960s, for example, continues, but that interest is still mainly manifested through a fascination with the era’s music and fashion.

Adapting to this trend was easy even for the makers of high-tech consumer products, who simply had to cover their innovative technologies in vintage-looking cases. For service providers, such as marketing specialists, marrying a tech-based, innovative approach to vintage style proved more difficult. After all, advertising and marketing characters are more difficult to dissociate from their broader historical contexts than consumer products.

For these service providers, they soon found choosing an era to focus on was a delicate balancing act. A vintage approach to marketing events and campaigns required careful, detailed deliberation. As with consumer products, the idea is to use an appealing vintage look and feel that harks back to an earlier age but conceals the decades of development and insights gained under that veneer.

Such a concept has to be created from the ground up, as exemplified by the vintage “Lady Betty” brand from Chili Concept. Chili Concept is a blue-chip marketing company with an eye on digitalization and innovation, which was demonstrated by their 2018 Gold Stevie® Award for Best Product Launch Event and 2018 Bronze Stevie Award and Best Brand Experience Event in the German Stevie Awards. The company won for its work with celebrity chef Heston Blumenthal and the launch of his Shriro Everdure barbecue grill in Australia. 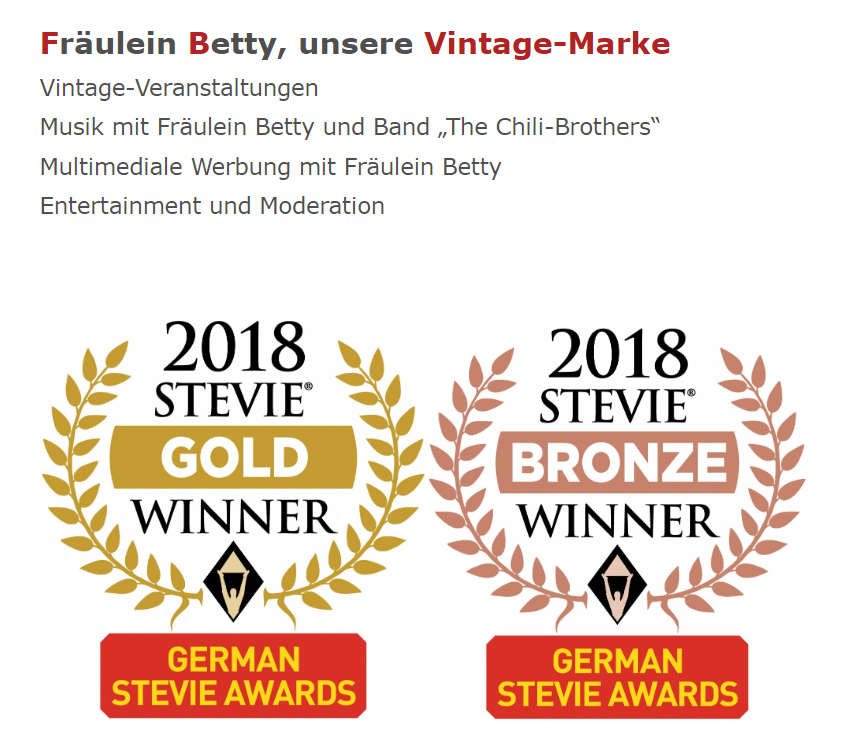 The company is future-oriented, and founder Christine Clemenz is aware of the significance of digitalization. Chili Concept is also evidently capable of contemporary direction and program management at the highest level. This makes their unique Lady Betty brand all the more noteworthy.

The brand places a heavy emphasis on sound, using primarily German swing and German-language pop music to evoke that country’s economic miracle era from the late 1940s and 1950s. The era is expertly chosen.

While the 1950s are remembered in the Anglosphere as the pre-60s era of social repression, those years are mostly remembered in Germany for a rapid ascendance from the country’s bleakest political and socioeconomic phase. Lady Betty encapsulates both the era’s style and entertainment while it conducts complex, tailored events, such as “Lady Betty’s Evening of Dance.” This included casino-like events and tastings of different foods considered treats during that time, including the obvious candidates, cheese and wine, as well as beer and lemonade.

All these items were recently marketed by their industries as fresh and interesting rather than staid and boring. With small-batch craft beers becoming increasingly popular in recent years, this approach exemplifies how marketing events can be both vintage in outlook and perfectly attuned to contemporary trends, as well as high-level corporate expectations and standards.

Public relations teams strive to represent people, companies, services, or messages in a favorable light. Ahjo Communications is a public relations agency in Helsinki, Finland that considers itself an organization that achieves that goal with creative fire. Their vision to be known for renewing communications and the communications culture has led them to winning both a Gold Stevie® for "Crisis Communications Campaign of the Year” for their work with Heart Hospital, and a Silver Stevie for Communications or PR Campaign/Program of the Year in The 2017 International Business Awards. 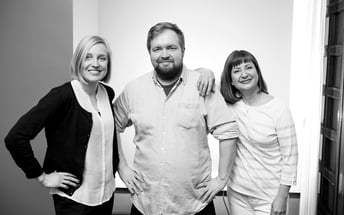 Ahjo has been the Finnish affiliate of Weber Shandwick since 1992. Weber Shandwick is a leading global public relations firm with offices in 81 countries around the world. The Ahjo team consists of Senior Advisor Sari-Liia Tonttila, who is one of Finland’s leading crisis communications experts with experience in various company crisis communications; Communications Consultant Eeva Louko, a former journalist; and Senior Consultant Meri Marttinen, who has a background in healthcare and consumer communications in which she focused on developing influencer marketing.

“The impact has been good. Our clients have been happy for us and the prize has given us new positive publicity. The client, Heart Hospital, is very happy,” says Marttinen about Ahjo’s success with Heart Hospital. “The team is a perfect combination of three creative, brave women who always aim high and think beyond the box—strategically, but every time toward client's business goals.”

Ahjo Communications acknowledges that their success has come from many facets of their lives. Senior Advisor Sari-Liia loves to ski, exercise in nature, and come up with great, big ideas for her clients.

“[Sari-Liia] is an example of a person who works for her goals to achieve them: she wanted to bring the world-leading PR summit, ICCO, to Finland for the first time. Her work paid off. Now this year ICCO is organized in Finland!” says Marttinen.

Marttinen dreams of learning as many languages as possible, and Eeva will definitely write a book.

“Many of us enjoy hiking in nature. In addition, we love to read and spend time on other arts. We are not scared to bring out our ideas. We protect small, delicate ideas as they may grow big when further planned.”

When You Grow, They Grow

With effective communication to implement business strategy and supportive, strong networks, future pioneering positions are likely to grow in their market. Ahjo Communications provides workshops for professionals and business owners who want to build on their established platforms to reach career specific goals.

Ahjo does this by designing workshops to meet strategic and developmental needs of executives and department leaders. In the ‘Idea Leadership Workshop’, Ajho Communications helps business leaders crystallize ideas or brand goals in an understandable, pragmatic form that employees, stakeholders, and customers can carry with them and share.

Trade shows and conferences can be great opportunities for businesses to meet prospects—but they can also be crowded places where exhibitors find themselves in competition with hundreds or even thousands of other companies to catch the eye of attendees.

That’s why many exhibitors hire experts like Live Marketing, a U.S. firm that specializes in creating memorable experiences. For example, a food ingredient developer enlisted them when it sought to create a buzz around its newest solutions at an important industry event. Live Marketing’s answer: RFID sensors to trigger an interactive, multi-screen display when guests “pick and place” various food items, a novel approach that helped the client exceed its lead-generation goal. 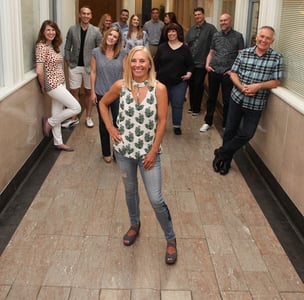 For a medical device maker, the team created a unique conference display featuring a glass-encased laboratory dotted with scannable hotspots that let the visitor experience its products firsthand. Each interaction prompted a brief video or augmented reality sequence, resulting in an immersive tour through the lab.

Underpinning those examples, and many other projects, is a reliance on technology to push the boundaries of what a live corporate event can be. It’s an approach that Anne Trompeter, then a 10-year veteran of the Chicago-area firm, brought to the forefront when she bought Live Marketing in 2014.

The organization has long had a prominent position within the world of corporate events. Launched in the 1970s, the agency was a pioneer in the experiential marketing industry. It was the brain trust that helped introduce the Intel Pentium processor and the world’s first flip phone to the marketplace.

When she took the reins four years ago, Trompeter’s goal was to make sure the firm didn’t grow stale. “I bought Live Marketing from its original founder with a clear vision to reinvigorate and refresh the company to be relevant for today’s sophisticated experiential marketing and technology-activated approaches,” she says.

In a short period of time, she’s helped make that vision a reality. The company has won numerous industry awards for its innovative, tech-based exhibits, and Trompeter recently garnered the Silver Stevie® award for Female Entrepreneur of the Year in The 2017 American Business Awards.

Breathing new life into the agency hasn’t been a solo task, something Trompeter readily acknowledges.

One of the changes she made early on was to get the most out of what she saw as untapped potential within the staff. “I’ve shifted our creative process so we are all challenged to bring in new engagement ideas on a regular basis,” she explains.

She’s also put a premium on helping employees grow, either within their role or in new positions. In one instance, a member of the marketing team expressed an interest in being a producer, a job with which she had little experience. Not wanting to lose one of her valued employees, Trompeter helped ease her into the new role over a period of 18 months. “By mid-2017, she was full-time producer and is very happy and productive,” the executive says.

In another instance, the executive leveraged an employee’s degree in theater management by moving him up into a production role. Once an assistant to Trompeter, he’s now a full-time creative director with a roster of his own clients for which he writes and develops concepts.

“I consider it an achievement to cultivate the very best team who feels appreciated and able to do their finest work at all times,” she says. “The way I do that is listening to my team members and making adjustments based on what I’m hearing.”

As if running a top-tier events marketing firm isn’t challenging enough, Trompeter does it while juggling a litany of other roles. Among them: parent, church choir member, and triathlete.

Rather than detracting from her business responsibilities, she says those outside endeavors help keep her energized. “Training for races and triathlons plus my overall commitment to fitness keeps me physically and mentally healthy,” she says. “I apply that same focus and drive to my business. But I recognize the importance of a healthy work-life balance, not just for me, but for everyone on my team.”

A breast cancer survivor, Trompeter uses her professional success to support cancer research and other philanthropic causes and encourages her employees to perform charitable work as well. “Several employees suggested giving back more specifically to the communities where our offices are located,” she says. “So beginning last year, each office identifies and does two hands-on charitable give-backs, like serving in local soup kitchens and doing food distribution.”

“In 2018, our theme is ‘Get Engaged’,” says Trompeter. “I feel strongly that now more than ever we have a responsibility to be civic-minded. Getting more involved in our communities’ neediest populations is an immediate and personalized way to get engaged.”