It’s essential in today’s world to try to be part of something bigger than yourself, and this applies not only to individuals but to institutions. If your specialty is helping clients solve financial issues, for example, then you are particularly well placed to help out by problem-solving in the wider community. 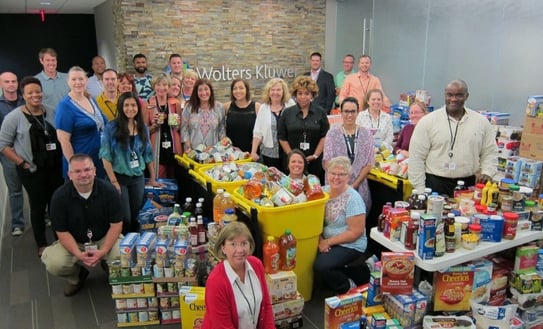 Many big companies have organized programs that encourage their employees to consider volunteering, and they facilitate these acts of service by giving their employees time to do so. Businesses find this experience of giving back continues outside of work hours as well, which creates an ongoing, committed relationship with the given charity or nonprofit. The relationship of the company to the community at large then often becomes an integral part of the corporate culture.

Some businesses tend start their volunteer work on a small scale. For example, some companies employ industry education, which helps other professionals excel in their respective fields. This sense of social responsibility often fosters a desire to do even more, which can lead staff members to give their time regularly to local charities.

Stevie-winner Wolters Kluwer Lien Solutions, which is based in Houston, Texas, United States, is one business that describes their experience of volunteering as enlightening and something that has given them fulfillment and made their company feel like a real family with a shared purpose.

The Lighthouse, a charity that is a member of the United Way of Greater Houston, Texas, United States, helps over seven thousand blind and partially sighted people every year by giving members the tools they need to live independently. When Wolters Kluwer Lien Solutions was looking for a place to volunteer, they came across this local charity, and it seemed like a perfect match. Both were looking for a long-term, meaningful relationship, and that has undoubtedly come to fruition.

Since 1939 the Lighthouse has provided social activities for the blind and visually impaired in the Houston, Texas, United States, area, and they love to welcome volunteers. By providing several volunteers to assist with craft sessions and reading activities during the working day, Wolters Kluwer Lien Solutions proves an excellent fit with the Lighthouse. The partnership ensures the charity can provide sessions in the daytime, which is when their clients need them most.

Giving Back to the Community

Meeting new people and getting a unique perspective into the local community through the staff, volunteers, and service users at the Lighthouse is just one example of how Wolters Kluwer Lien Solutions is committed to supporting its staff members’ communities. The work doesn’t stop with the Lighthouse, though. Employees have also volunteered at a wide range of other nonprofit organizations, such as Children of Military Members in Tampa, Florida, United States; the Nevada Children’s Hospital in Las Vegas, Nevada, United States; and the Tulane Health System in New Orleans, Louisiana, United States.

Raja Sengupta, executive vice-president and general manager at Wolters Kluwer Lien Solutions, is proud of how his team embraces the volunteering mind-set.

“The employees are keen to deepen their relationships with the communities in which they live and to take part in projects where they can get to know and help others,” says Sengupta.

This can-do attitude earned Wolters Kluwer Lien Solutions several Stevie Awards in 2019. For its iLien Motor Vehicle solution, the company earned a Silver Stevie®️ Award in the Financial Services category, as well as a Gold Stevie Award in the Legal Information Solution category at the American Business Awards®️.

The Gig Economy Presents an Upside for Workers

Much has been written about the rise of the gig economy, i.e., the hiring of workers on short-notice, short-duration contracts or freelance jobs. Part of this narrative is how noticeably different it is from the labor market models of old. In the past, people either focused on: a) the miraculous rise of start-ups based entirely on gig economy business models, such as Uber, or b) how the gig economy is, for workers, often characterized by a lack of job security, pension, health care contributions, and other employment benefits once considered standard.

Either view misses the wider picture, though.

To start, job security and benefits were never as widespread or culturally ingrained in the United States as they were in Europe. And even there, they applied only to the working population, which in the most unionized industries was predominantly, if not exclusively, male. 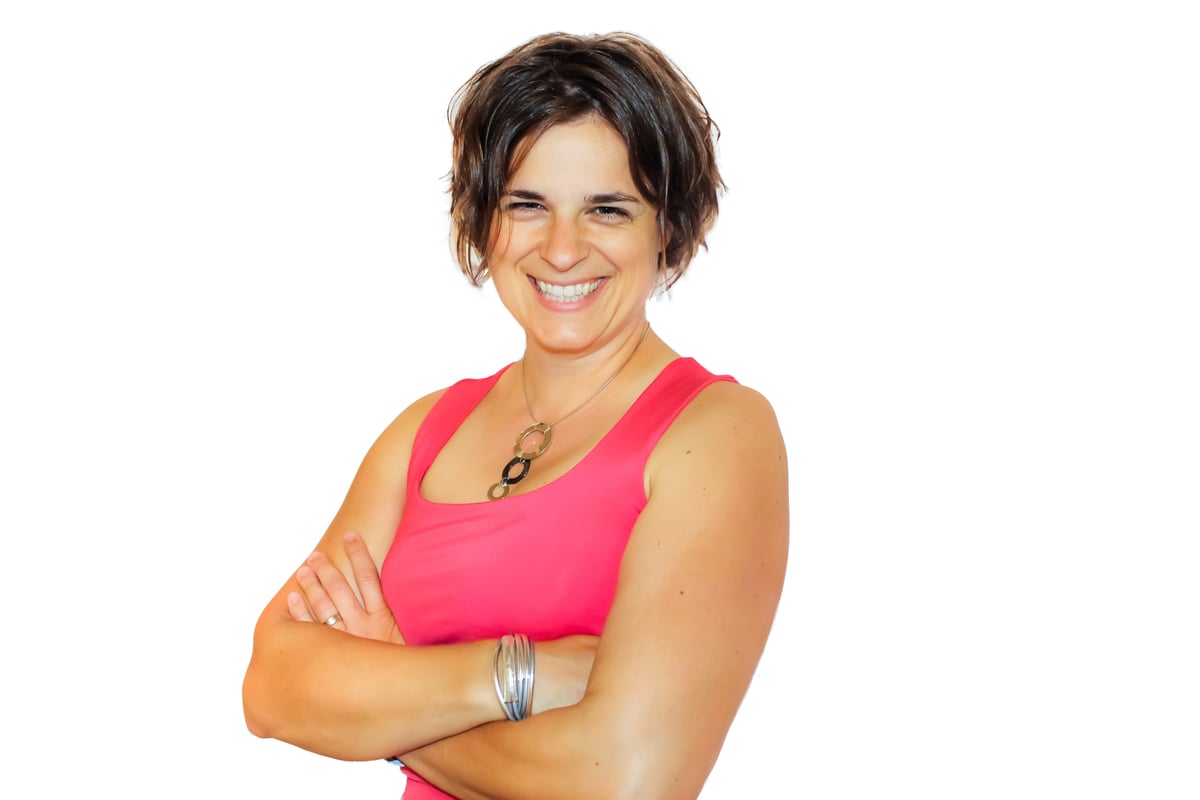 Not only have workforce demographics since changed, but many of the industries in question began to decline or even to die out long before the rise of the gig economy. The perks afforded to the workers declined along with them. In the United States, a blue-collar job that included both health care and pension benefits was a rare thing, even in the last few years leading up to the financial crisis.

Furthermore, the gig economy, particularly when it involves jobs conducted entirely online, has enabled competition among a wider variety of qualified service providers in a huge range of sectors.

Increased competition holds especially true for international organizations, who can now easily hire, for example, translators or legal experts to process documents. These workers can be local to the company, or they can be specialized experts halfway across the world. It simply depends on the priorities and needs of the business – but an over-looked benefit of the gig economy is its lack of dependence on a shared geography.

It might surprise you then that the gig economy also benefits domestic labor market access – particularly professional women.

Online-only work relationships inherently favor white-collar work. That’s because in the gig economy, work that involves the processing and editing of data or documents is easier. These projects can be worked on and transferred between people, even those who have never met face to face.

As a result, gig economy work favors workers with at least secondary, preferably tertiary, levels of education who can self-organize, hold themselves accountable, and who are dedicated to advancing their skills.

In fact, such online professional work largely benefits women who have historically been excluded from the workforce, both in Western countries and in the developing world. There are at least two reasons for this:

By working online, women who have desirable qualifications but are constrained by social or family circumstances can find gainful employment with clients who require their expertise.

Their clients might not be looking for full-time employees who receive full benefits, but neither are these workers looking for the additional constraints of regular hours and physical attendance.

Alysha Dominico and Vicky Marrack, co-founders of the inbound marketing agency Tangible Words, explain that they discovered the virtues of a long-term but flexible working relationship thanks to their first external copywriter. Her family responsibilities necessitated she stay at home, but allowed for remote work, and this win-win relationship became the blueprint for nine more subcontractors, most of them women. This model has even gained the company independent acclaim. Tangible Words was awarded a 2018 Gold Stevie® Award in the category of Achievement in Promoting Work-Life Balance for Women in Business.

“We feel good about being an office that offers flexibility and skills development to keep parents sharp for whatever kind of lives they want to lead—now or later,” said Marrack.

“The people we employ might not otherwise have access to the labor market. Our distributed office model, virtual work, and flexible work schedules are great for them and us. Creating a positive work culture focused on our staff leading healthy lives that balanced work and life priorities equally was always mission-critical to the success of Tangible Words,” said Dominico.

“We stumbled into the work limitations – yet incredible experience and expertise parents have at that stage of life. So we decided to empower parents. Helping them create the life they choose has become a real source of pride.”

Dominico points out that it’s also a strategy other companies will need to utilize  - particularly when employee availability is low. A 2017 briefing by McKinsey Global Institute called “Technology, Jobs, and the Future of Work” documented that “Almost 75 million youth are officially unemployed. Women represent one of the largest pools of untapped labour: globally, 655 million fewer women are economically active than men.”

“You read this and compare it with other things you see, like research from RBC which urges people to start to talk about the future prediction that 2.4 million jobs will be added to the Canadian economy by 2021, and you wonder how long we can afford to not focus on prioritizing youth and women.”

Indeed RBC’s research team published in their 2018 report “Humans Wanted: How Canadian youth can thrive in the age of disruption” that  “Despite projected heavy job displacement in many sectors and occupations, the Canadian economy is expected to add 2.4 million jobs over the next four years, all of which will require this new mix of skills...…an increasing demand for foundational skills such as critical thinking, co-ordination, social perceptiveness, active listening and complex problem solving.”

The gig economy has undercelebrated value that needs to become the focus of greater discussion. As Dominico says, “Female parents and young professionals offer our company significant value and they are underrepresented in the workforce. We feel good about giving them a place to keep up with the digital skills that will be required in any future workforce. Tangible Words is going to keep doing all we can to push this agenda and we hope other companies will join us.”
0 Comments Click here to read/write comments