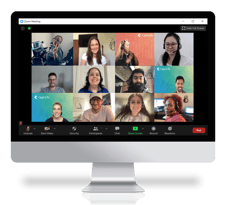 In 2021, Capital Rx launched JUDI™, an intuitive, cloud-native, API-based enterprise pharmacy platform (EPP), the first of its kind in the pharmacy industry.  JUDI significantly reduces administrative overhead, advances clinical management, and dramatically improves the customer’s care experience. In addition, the platform connects every aspect of the pharmacy ecosystem in one platform. JUDI™ is a radical departure from status quo PBM technology: on-premise systems running on mainframes, green-screen terminals, and programming languages from the 1990s, each contributing to a broken healthcare system and placing disproportionate responsibility onto patients, insurers and pharmacies.

JUDI powers all aspects of Capital Rx, including its pricing model and its new Advantage card. The Advantage card is the first ethical prescription discount card launched in August and saves consumers up to 90% on their prescription costs. It beats popular discount cards 80% of the time by implementing its Clearinghouse Model drug pricing strategy. 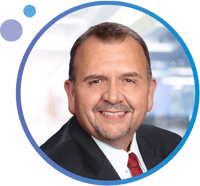 Since winning their awards, Capital Rx has continued to enhance their services and customer satisfaction. The Net Promoter Score (NPS) references the customers likelihood to recommend Capital Rx by rating their experience with the Customer Care team. For 2022 year to date, Capital Rx has maintained an average score of approximately 70%, which is well above the industry average.

Accreditation in any industry is important for accountability and quality assurance. URAC is a non-profit, nationwide accrediting organization dedicated to ensuring the highest standards of care are achieved within the healthcare industry. In 2022, Capital Rx achieved URAC accreditation by meeting elevated standards in the following areas: consistent achievement of Industry best practices; continuous quality improvement; protecting and empowering consumers.

Interested in submitting nominations in the 2023 Stevie Awards for Sales & Customer Service?

Stevie®-winner Tufin is a security policy management company specializing in the automation of security policy changes across hybrid platforms while improving security and compliance. Tufin simplifies management of some of the largest, most complex networks in the world, consisting of thousands of firewall and network devices and emerging hybrid cloud infrastructures.

Since its inception, Tufin solutions have been purchased by more than 2,000 customers in over 70 countries. Tufin’s Technical Support team is dedicated to making these deployments a reality for customers, leading them in their operationalization of Tufin to drive value and ROI to their business.

As customers schedule their migrations, the support team coordinates them across the global customer base to ensure there is enough staff to cover any troubleshooting issues that arise. Each customer has access to a dedicated Slack channel with on-call support engineers and their Tufin account team.

In addition, the team experienced a 60% increase in headcount globally since 2019 with a focus on hiring a more senior skills set. Many new hires on the support team have a more technical background and more years of experience. This not only increases the technical acumen of the entire team, but it means faster onboarding and easier case resolution.

Lastly, the team recently created a Support Escalation Team, dedicated to working on cases that are unable to be solved in support. The team receives these cases to solve or identifies where the bug is in the product and passes it on to R&D to fix.

Submit your nominations for the 2023 Stevie Awards for Sales & Customer Service. 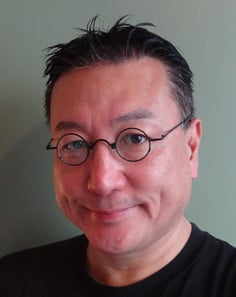 The Stevie Awards will partner with Issei Matsui, CEO of P&A LLC, a marketing strategist who has been in the advertising industry for over 30 years. Mr. Matsui’s areas of expertise include fast-moving consumer goods (FMCG), sports marketing, automotive, information technology, and consumer electronics. Mr. Matsui expanded his services and started his own company in Tokyo, Japan in 2009, subsequently opening an office in Shanghai, China, soon after in 2011.

Since that time, Mr. Matsui has collaborated with companies in more than 15 countries, including companies like Procter & Gamble, Intel Security, Fiat Chrysler Automobiles, and BMW

“We are thrilled to have Mr. Matsui on the Stevie Awards team to help recognize organizations in Japan for their innovative accomplishments. We know there are many companies and professionals in Japan who deserve recognition, and we are glad to have found Mr. Matsui to help reach this market,” said Stevie Awards President, Maggie Miller.

The Asia-Pacific Stevie Awards focus on recognizing innovation in all its forms, wherever it is achieved in the workplace. Entries are accepted in eight languages - Chinese, English, Indonesian, Japanese, Korean, Malay, Thai and Vietnamese.

Nominations will be accepted in the 2023 Asia-Pacific Stevie Awards starting October 3, 2022.

Stevie® Award-winner Limitless is combining crowdsourcing and AI to help global businesses address their biggest customer service challenges with Gig Customer Service (GigCX). GigCX is the term they use for deploying a gig-based crowd of people to provide customer service and sales. Housed within the Limitless’ SmartCrowd™ platform, customers can connect with their most engaged customers and reward them for providing on-demand customer service.

Using this technology, organizations route enquiries through the Limitless platform, which distributes them to knowledgeable GigCX experts who are paid per task for resolving questions. Brands like Microsoft, Unilever, eBay and L’Oreal are using Limitless GigCX to connect with their most engaged customers, providing on-demand customer service that can flex in line with demand.

Limitless conducts annual research studies and reports to understand how GigCX is impacting the workforce and areas for improvement. Since receiving their Gold Stevie award, they have released new research that shows that 72% of customer service managers have added or plan to add gig talent to customer service or sales operations within the next 2 years.

Their findings also show that, although people are interested in flexibility and the freedom to earn money on their own terms, GigCX has another added benefit to other gig models. Experts are genuinely interested in helping people using their own knowledge for brands they love.

Limitless has also been featured in Forbes in the article “Meet the Startup Turning Customers into Next-Gen Customer Service for Brands They Love.” In the piece, Forbes references a study that shows there are “nearly 60 million gig workers in the U.S., representing about $1.2 trillion of U.S. GDP, [and] it’s estimated that by 2030, nearly 50% of the workforce will be engaged in the gig economy in some way.”

Limitless co-founders Megan Neale and Roger Beadle have over 20 years of experience in the customer support world. In a comment to Forbes, Ms. Neale says she believes “gig work will be a mix of primary full-time workers, GigCX workers, and AI bots working in harmony to produce the most efficient and best possible customer experience….once AI does its job to the capacity it's able to, handing that customer over to a real customer support agent with the skills to help quickly.

Submit your nomination for the 2023 Stevie Awards for Sales & Customer Service.

Family-owned and operated Ace Office Furniture Houston is a Stevie®-winning top-rated furniture company based in Texas. They serve as a one-stop shop for many business owners in the area who rely on them, not only for quality office furniture, but also for their customer service offerings including highly skilled staff, onsite consultations, fast delivery, commercial office staging, and furniture repairs.

Their business has a long track record of excellence in the region, drawing initial recognition in only 2 years from the Better Business Bureau (BBB), gaining an A+ Rating with the BBB for four years, and receiving the BBB Award for Excellence in 2019 and 2020.

Ace Office Furniture Houston strives to provide the best support to their customers for all of their business needs, and their expert consultants work closely with them to provide advice and guidance through the process of conceptualizing, designing, selecting, delivering, and installing their furnishings.

Since receiving their Bronze Stevie Award for Best in Sales Ethics, owner Kevin Astala, has been honored with inclusion in the Who’s Who in America. Mr Astala attributes his success to hard work and learning new skills and trades, he said in a press release. In addition to teaching himself internet webpage design, he has learned the intricacies of marketing and social media. Mr. Astala has also been featured in Millennium Magazine for his entrepreneurial skills and dedication to self-education.

In light of their continued success, Ace Office Furniture Houston has announced the expansion of their services to new areas in Texas.

Submit nominations for the 2023 Stevie Awards for Sales & Customer Service.

Founded in 1993 by Jay Bruber, Stevie®-winner Persolvent specializes in payment processing technologies for markets including education, professional service organizations, internet, government, before and after school programs, and enrichment programs.

Persolvent views their customer relationships as true partnerships. They offer industry-leading technology and have a large customer base, but they are intentionally focused and small enough to be able to respond to customer needs with lightning-fast agility.

Since gaining this recognition, Persolvent has continued in its goal to better serve their customers. In Q1 2022, Eleyo’s Customer Experience Strategy saw a Net Promoter Score of 69, which is 33 points above the industry average and also the highest score that has been received since the pandemic in 2020.

In the time since receiving their awards, AJ Kurkowski has implemented a new team called the Enterprise Team, which will help implement the Eleyo software for the largest childcare and community education programs in the United States. Marit Fastner has joined the leadership team for a new 2022 Persolvent product. She is focused on building out the process for customer success from training to support for product launch.

Interested in submitting nominations for the
2023 Stevie Awards for Sales & Customer Service?