The innovative software is easy to use and affordable, and it also addresses the customer’s biggest problem: billing. The apps provide timely data that allow organizations to improve workflow, streamline operations, and take their organizations to the next level.

Because government regulations drive the EHR market, most health care agencies have a difficult time keeping up with the changes. Patagonia Health helps clients stay up to date by advancing the software to comply with the regulations and to further customer support with excellent and accessible customer service. 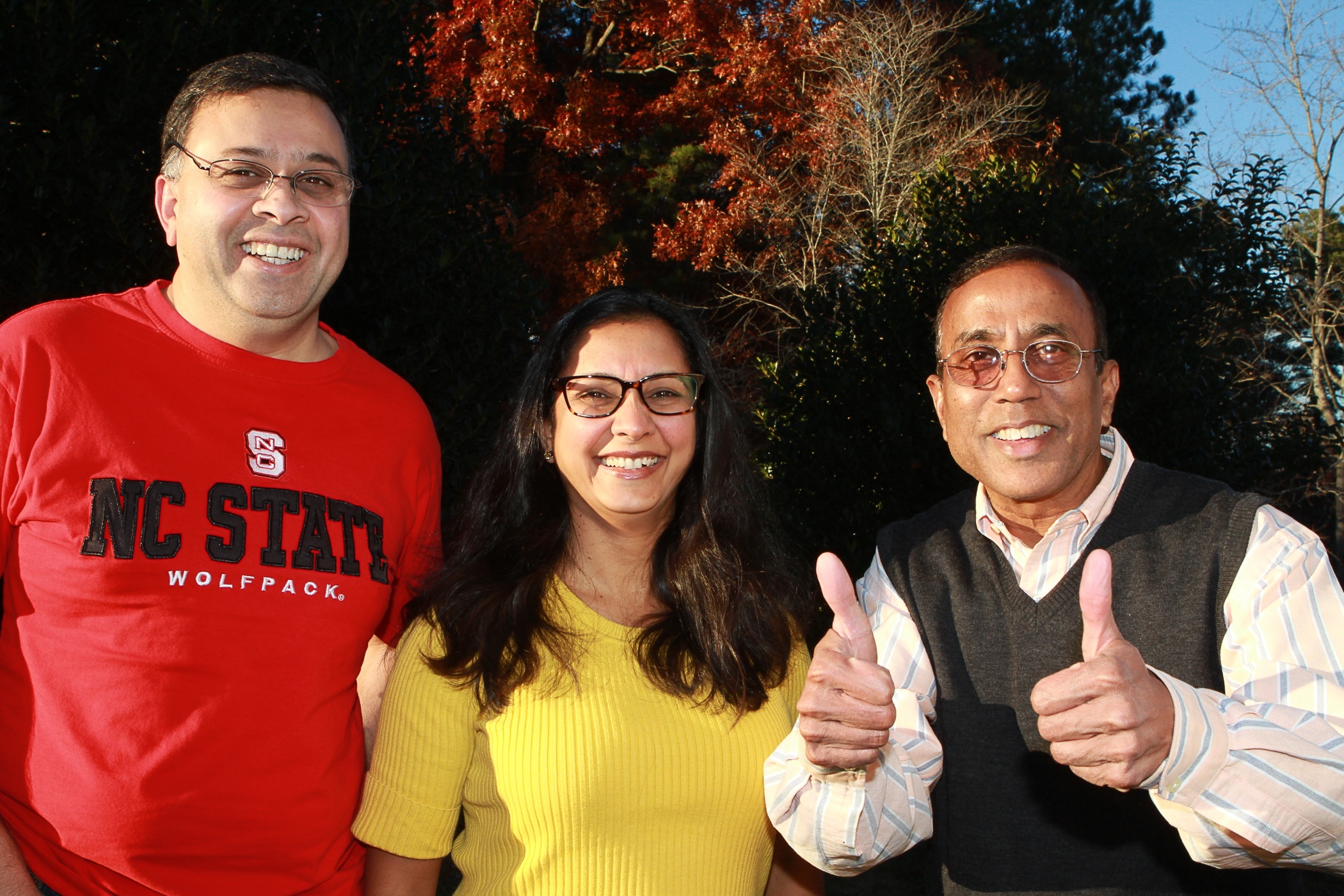 Abhi Muthiyan, the CTO, has an MBA in new product development from North Carolina State University and a BS in computer engineering from the College of Engineering, Pune, India. He began his career working for Symantec, where he identified potential product opportunities. As an architect and innovator, he designs products and features that solve real business problems.

CEO Ashok Mathur served as head of North America software development for Sony Ericsson Mobile and as managing director for Nortel Networks, international software operations. Mathur gained his health-care prowess from serving as the director of software development at Misys Healthcare Systems for five years. His deep understanding of the health care IT market and the emerging Software-As-A-Service business model contributed to the foundation for Patagonia Health.

Mathur recognized the gap clients experienced between the product and the necessary customer service support. While traveling through South America, he identified what would become the core of the customer service model at Patagonia Health.

“People want to be treated as people, and they deserve to get a quality product that is backed by a high level of product support,” Mathur says. “They deserve a holistic approach to training and to implementation and a vendor that is accessible to them at all times.”

“It reinforces the efforts we purposefully put forth every day to support our customers. It acknowledges the level of service we aim for. Our customers and future customers need to know that,” Mathur adds.

“We don't just sell our customers a great product; we coach them through the people, process, and product strategy to help them achieve success in the transition process.” Mathur states. “We also provide ongoing training, so they can fully utilize the EHR and, ultimately, provide better patient care.”

When families are in need of nannies, senior caregivers, personal assistants, or other household caregivers to help those in need, it’s important to help those families and individuals to find and to select the best care available. Care.com HomePay (formerly Breedlove & Associates) is based in Austin, Texas, United States, and has fulfilled these needs for more than 60,000 families. They do so through employment payroll, taxes, and HR support. They won the People’s Choice Stevie® Award for Favorite Customer Service and a Silver Stevie Award for Customer Service Department of the Year in the 2018 Stevie Awards for Sales & Customer Service. 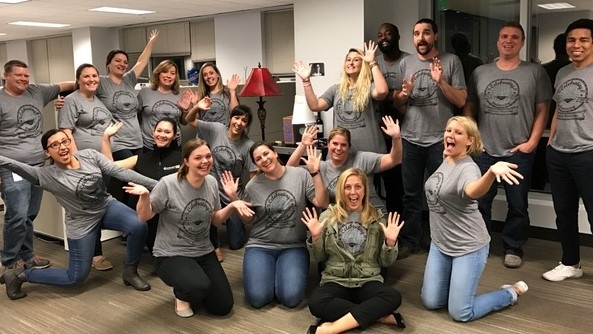 HomePay provides comprehensive services for busy families so they can save time and focus on their loved ones. Eva MacCleery is the director of consulting at HomePay, and she comments on the impact of winning two Stevies.

“To say it was a morale boost for our consulting team is an understatement. We consistently get great feedback and reviews from the families we serve, but to have them vote for us in the People’s Choice Awards speaks volumes.”

HomePay wouldn’t exist if not for the dilemma faced by their cofounders, Stephanie and Bill Breedlove. When they hired their first nanny, they had no idea how payroll and taxes worked for a household employee, but they knew it was their responsibility to pay her legally. They soon realized how complex this was and knew there were probably tens of thousands of families across the country struggling with the same challenges.

“Most tax professionals didn’t want to take on the additional labor law and HR-related compliance requirements that come with hiring a household employee,” explains MacCleery. “So Stephanie and Bill made sure our service would always be a truly comprehensive solution that families could feel comfortable using.”

While every HomePay employee is unique, each one truly enjoys the feeling of helping another person.

“In a niche industry, where the majority of our clients have no idea how to handle federal and state payroll and tax responsibilities, HomePay facilitates that part of the process to make their lives easier,” MacCleery adds.

Keeping Them on Their Toes

Many states and cities have recently enacted incredibly strict laws regarding household employment. In many cases, these laws even exceed the requirements of existing federal laws. Because of the complex nature of household employment, clients seek to speak with real people when they need help.

“These laws result in giving additional benefits to workers,” says MacCleery. “We’ve seen higher minimum wage and paid-time-off requirements go into effect in municipalities all across the country.”

HomePay makes sure their clients know the laws and provides the tools they need to stay in compliance, and these legal changes constantly keep them on their toes.

When someone calls HomePay, one of their consultants usually answers the phone on the first ring. All team members are well trained, meaning they can answer any question that arises. Detailed notes are always taken. This way, if a client calls back, whoever helps that person can pick up where the last consultant left off.
0 Comments Click here to read/write comments

The Stevie® Awards, organizer of The International Business Awards®, announced today that the final entry deadline for the 15th annual IBAs has been extended to Wednesday, July 11. Recognized as the world’s premier business awards program, The IBAs attract nominations from organizations in more than 50 nations and territories each year.

“We’ve received so many requests for individual deadline extensions that we’ve decided to extend the deadline for everyone,” said Stevie Awards president Michael Gallagher. The original final deadline was June 13. Gallagher emphasizes that no additional late fees will be charged for entries submitted through July 11, and late entries will not be penalized in any way in the judging process. All organizations now have an additional four weeks to prepare and submit their entries.

All individuals and organizations worldwide -- public and private, for-profit and non-profit, large and small -- may submit nominations to The International Business Awards. The 2018 awards will honor achievements since the beginning of 2017.  Entry details are available at http://www.StevieAwards.com/IBA.

The International Business Awards recognize achievement in every facet of the workplace. Categories including , Management Awards , Company of the Year Awards, Customer Service Awards, Entrepreneur Awards, PR Awards, Web Awards, and much more.

Who's Coming to The 2018 American Business Awards on Monday?

The 2018 (16th annual) American Business Awards® - the U.S.A's top honors open to all organizations operating in the U.S.A., and feature a wide variety of categories to recognize achievement in every facet of the workplace- will be presented this Monday, June 11 at the Marriott Marquis Hotel in New York City.  More than 650 nominees and their guests will attend to be presented with their Grand, Gold, Silver and Bronze Stevie Awards.

The presentations will be broadcast live, beginning at 6:45 pm ET. 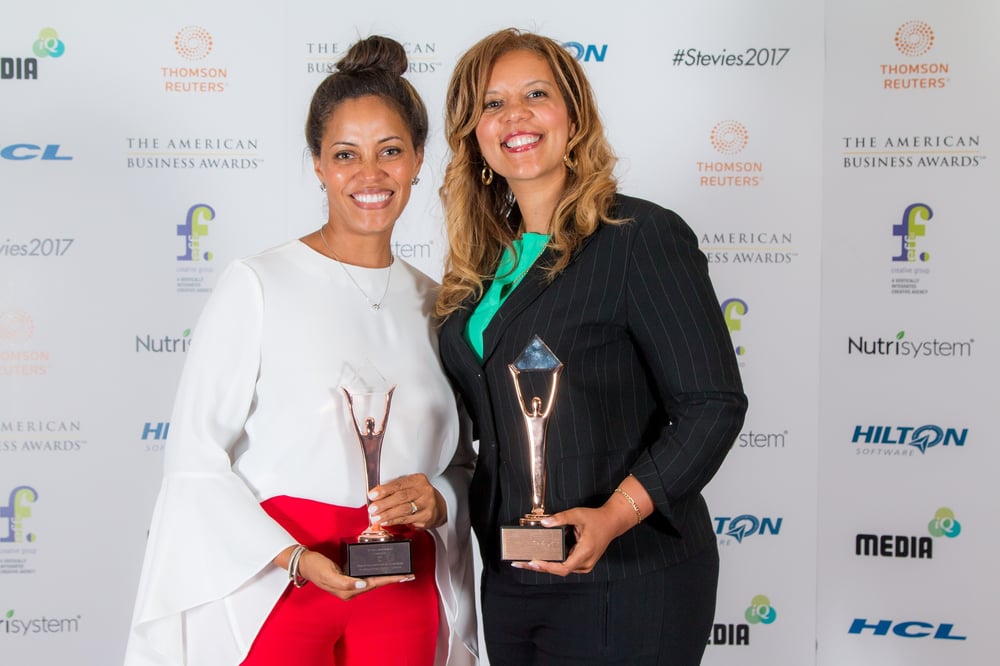 Here are the organizations that as of this writing will be represented at the event on Monday:

Hospitality, you could say, is in Vyacheslav Shirokov’s bones.

He grew up in the vast eastern region of Siberia, Russia, where his parents ran a small hotel. To say the lodging was remote is an understatement. The nearest buildings were 500 kilometers away.

As the only one at the hotel who spoke English, it fell on Shirokov to help the occasional tourist from the United States, Canada, Australia, or the United Kingdom. Even back then, he enjoyed teaching visitors about Russian culture and playing the role of tour guide.

After receiving a master’s degree in the United States from New York University, he decided to help Americans and other foreigners explore his native country. He created a company named Travel All Russia to do just that.

A New Way to Explore Europe 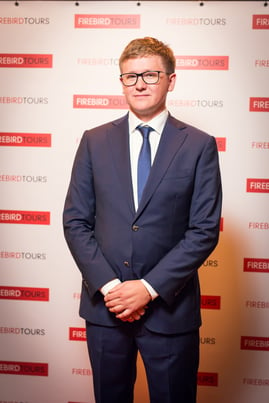 Shirokov’s organization was a far cry from the stodgy bus companies that once dominated the Russian tourism sector. The company, since creating a new brand of Firebird Tours, prides itself on putting customers in top-tier hotels and offering more convenient travel options, such as private transfers and high-speed trains. Customers can trek from city to city privately or with small groups.

From its inception a decade ago, the U.S.-based tour operator—with its main office in Fort Lauderdale, Florida, United States—has worked to deliver a great travel experience to the masses. To drive down costs, the Firebird team works with local suppliers to get lower rates on transportation and hotel fees. Small-group tours cost about $200 per day, while private tours cost about $300 per day.

“The quality of the tours is better than any bus tour, and it’s half the price of similar luxury tours,” says Morta Jablonskaitė, marketing specialist for Firebird Tours.

Going one extra step for its customers, Firebird does something a lot of its competitors won’t: It helps clients obtain proper visas, which eliminates a key hurdle to overseas travel.

While the company started with a focus on Russia’s historic cities, it has since expanded to cover all of Europe, as well as Mongolia and Morocco. In addition to its Florida, United States office, Firebird now has satellite offices in Saint Petersburg, Russia; Minsk, Belarus; and Vilnius, Lithuania. By having experts on the ground, the Firebird team believes it can design better trips that steer customers to the most compelling locales.

By offering its products online, Firebird is also trying to shed the exclusivity that once plagued the European travel industry.

“The right use of technology helps us make upscale traveling available to all people who want to discover the beauty of the world on their terms,” Jablonskaitė says.

Firebird users clearly believe the operator is making good on its promise to offer more bang for your buck. The company has an average rating of 5.0 and 4.9 on Google and Facebook, respectively.

Those high reviews are helping the organization, expand at a robust rate—the company now has 88 employees. In February, its leadership team was handed a bronze Stevie Award for Sales Growth Achievement of the Year at the 12th annual StevieⓇ Awards for Sales & Customer Service. Jablonskaitė sees the honor as validation of the company’s business model.

“It shows that our sales team did excellent work in crafting itineraries and communicating to our clients,” she says. “This comes from ongoing training, a team-first culture, and, of course, a comfortable working environment.”

“Winning the award helps us assure potential and current partners and suppliers that working with Firebird Tours is the right business choice for them,” she says. “The bronze in Sales Growth Achievement is a credibility mark we are excited to have.”