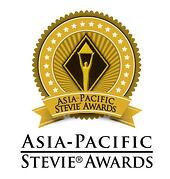 The Stevie® Awards has issued a call for entries for the 2015 (second annual) Asia-Pacific Stevie Awards, the only business awards program to recognize achievement in business throughout the entire Asia-Pacific region.

The entry deadline is January 28.  Late entries will be accepted through March 11 with the payment of a late fee. Complete entry details are available online at http://Asia.StevieAwards.com.

The Asia-Pacific Stevie Awards debuted in 2014 with an impressive roster of Stevie winners including Billabong International Limited, Delta Airlines, DHL, Hyundai Steel, PT. Telekomunikasi Indonesia, and Sony, among others.

The Asia-Pacific Stevie Awards are open to all organizations in the 22 nations of the Asia-Pacific region. While fewer than 50 entry categories were offered in last year’s program, over 250 entry categories are offered for the 2015 competition.  Entries will be accepted and judged in seven languages – Chinese, English, Indonesian, Japanese, Korean, Malay and Thai - in the following awards category groups: