The 2016 Asia-Pacific Stevie Awards will open for entries on October 28. Request an entry kit now and it will be emailed to you as soon as it's available.

We talked with Lee Hat-Nim, action officer for the Culture & Arts Division of Seoul Metropolitan Government (SMG), about winning a Stevie Award, what it has meant to her team, and what SMG are currently planning. 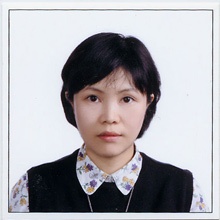 Editor’s Note: For those not familiar with Korean food, Kimchi is theincredibly flavorful traditional side dish of fermented vegetables. Kimjang is the term Koreans use for the making of Kimchi before winter. There is also the Kimjang season, when Korean mothers prepare Kimchi for their families.

“First of all, it is a great honor to win a Gold Stevie Award,” Lee told us. “The Kimjang culture is a Korean tradition. It has also been designated an Intangible Cultural Heritage of Humanity by UNESCO. The 2014 Seoul Kimchi Festival was hosted to celebrate the one-year anniversary of this, as well as to revitalize the Kimjang culture, which is slowly fading away from our daily lives.”

Continued Lee: “Receiving the Gold Stevie Award has motivated me to work even harder to achieve global awareness of our Kimjang culture and to celebrate our unique cultural assets. This was just the beginning of many future events.”

In addition to motivating Lee, the Stevie Award for SMG has also inspired her fellow workers. Says Lee: “Not only has it been very exciting to receive this award for our 1st Seoul Kimchi Festival, but it has also made us feel much more of a responsibility for introducing the Festival to a wider audience. The award has provided an opportunity for broader publicity of the Kimchi Cultural Festival, to be enjoyed not just by locals, but also by Seoul’s many international visitors.”

Added Lee: “Korea has close ties to many countries in the Asia-Pacific region, and our Gold Stevie Award will be a great help in introducing the unique aspects of our Kimjang culture to the region. The Award also demonstrated that the city of Seoul is a great place for a cultural festival such as this.”

Comments Lee: “The 2015 festival will present a new paradigm of the Kimchi industry and Kimjang culture within Seoul. Kimchi is a food that has come to symbolize well-being and healing. All citizens can participate and there will be even more exciting events, including the ‘Do-it-yourself Kimjang Party,’ a revival of traditional Kimjang culture, an exhibition, cultural programs, a children’s Kimchi experience program, and a community food market.”

Lee is looking forward to the 2nd Seoul Kimchi Festival. “It is happening soon,” she reminded us. “We hope that the event will serve as an opportunity for global citizens to meet and harmonize with the community of Seoul.”

According to Lee, there are an enormous number of festivals and events hosted by the city of Seoul, each of which are heavily promoted. “Our aim is to promote Seoul as a city for tourists, but it is also to enhance the co-existence and development of regional communities,” Lee explained.

“The local governments surrounding Seoul are each establishing their own plans to provide a one-stop solution, including branch stores, shopping centers, local specialty foods, and information on cultural and festival events,” Lee added.  “We are preparing many regional festivals and added-value cultural events, and we are planning to expand the communication channels between hosts and visitors in order to create a more effective communications system for visitors.”

In the meantime, anyone looking for a heart-warming event in November need look no further than Seoul and the 2nd Seoul Kimchi Festival

About Lee Hat-Nim:
Officer Lee Hat-Nim supervises various culture-related programs within the Seoul City Hall Cultural Arts Department. She supervised the 1st Kimchi Cultural Festival, which celebrated the one-year anniversary of being registered in the UNESCO Intangible Cultural Heritage of Humanity. She served as the coordinator and communicator for the entire event. The 2nd Seoul Kimchi Festival will also be supervised by Lee, who is working to create a global festival where various participants will be able to communicate with diverse individuals and experience different fields.

The Kimjang Culture stems from a sense of community based on sharing and cooperation in order to withstand the cold winter. It was registered as an Intangible Cultural Heritage of Humanity by UNESCO in 2013. The Seoul Kimchi Festival was established in order to create and revive the culture which is now being forgotten in our daily lives, as well as creating a festival with global participants. The 2nd Seoul Kimchi Festival will take place from November 6-8, 2015 and will be composed of various programs including the Creating Kimjang Party (experience & sharing), Kimchi Union (Kimjang market, food market, community market), and Kimjang Cultural Village (culture, exhibition, experience).

For more information, go to: http://seoulkimchifestival.com/index.do.